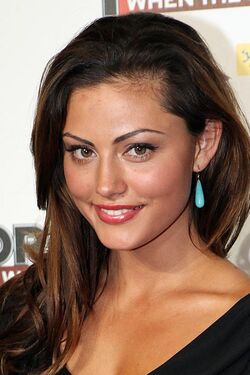 From the age of four, Phoebe participated in various dance classes including classical ballet and tap. She completed various courses at the Australian Theatre for Young People (ATYP) at the Wharf Theatre from the age of twelve. Courses at ATYP included Shakespeare, Script to Stage, Clowning Around, and Musical Theatre.

She attended Loreto Kirribilli and Queenwood School for Girls in Balmoral, renowned for its excellent drama department and had private drama classes. She became involved in all school productions including Antigone, White Crane and Venetian Twins. Each year, Phoebe took part in the school's Shakespeare festival culminating in winning the state final in 2005 in a Midsummer Nights Dream.

Phoebe's first television appearance was on the Australian teen show H2O: Just Add Water, where she plays one of the main characters, Cleo Sertori. On 20 October 2007, Phoebe appeared on the Nickelodeon UK Kids' Choice Awards, where she presented the award for best band alongside H2O co-stars Claire Holt and Cariba Heine.

Phoebe's credits include appearances on the Australian series Packed to the Rafters and the film Tomorrow, When the War Began, and will guest star on Home and Away in 2010.[2] She has appeared in various commercials, including ones for Vauxhall Motors and Chic Management.

Phoebe also models, and has been in various photo shoots for catalogues and magazines such as Girlfriend.

In July 2013, she began dating fellow actor Paul Wesley after they met on the set of The Vampire Diaries. They married in a small private ceremony in Los Angeles in March 2015.

Retrieved from "https://celebrity.fandom.com/wiki/Phoebe_Tonkin?oldid=7129"
Community content is available under CC-BY-SA unless otherwise noted.